Posted at 19:40h in Daily Thoughts by nimda

Werner [Herzog] told me he once met a champion ski jumper from Norway who one season beat all his adversaries. “He was also an architecture student and the following year wrote his thesis on the construction of ski ramps. He thought so much about those damned things that during the next season he lost every competition he entered.” For Herzog, the moment such meditation enters the equation, when he delves too deep and starts explaining himself, imbalance sets in and creativity is forced aside, or at least clouds over.

from Werner Herzog – A Guide for the

The one place I am guaranteed never to find God is in my thinking.

One of the greatest mistakes we make is in how we use the intellect. We’re forever trying to make sense of the world, of our behavior, of the behavior of those around us. We try to ‘figure things out.’ We spend our time thinking about what we’re going to do, or what we already have done, arranging and rearranging the facts to try to get them to a different, happier outcome.

We live in our thinking about the world, rather than in the world itself.

This is simply a misuse of the.

Mr. Herzog’s story illustrates the appropriate and inappropriate use of the mind quite beautifully. It’s clear that the Norwegian ski jumper did not think his way to a championship year. He simply did his job, throwing himself down a hill on slippery sticks until hitting the ramp and being thrown into the air to land some 400 feet away, right way up and intact. Not a lot of room for rumination in that equation. Then he moves into his identity as a student of architecture. Undoubtedly his practical experience on the slopes added to his thesis on the construction of ski ramps; but as Mr. Herzog states, “He thought so much about those damned things that during the next season he lost every competition he entered.”

The mind is great for solving equations – planning a trip; scheduling our week; putting together a crib from Ikea. The mind is also where we analyze the past in order to understand what happened and why, and learn how to do it better next time – football players studying game film; cadets at West Point studying Civil War battles; people in 12 step recovery programs writing inventory of their past relationships in order to plan something better for the future.

There is planning, there is study, there is training. The mind plays a part, sometimes to a very great degree. The preparation is essential to the success of the endeavor. But then there comes that jumping off point where further speculation can only take you out of the only place where success can happen -the present moment and the experience of flow available there.

In the present moment, we are not identified with our thinking, but rather with flow, with pattern, with our movement through space, our relationship to the things and people around us. We are the ever-changing response to the moment.

We are magnificent creatures with the ability to be – to live fully, to create, to experience joy beyond what we can even imagine. By stepping out of the misuse of the mind, again and again and again, we train ourselves to be. And then life becomes fun. 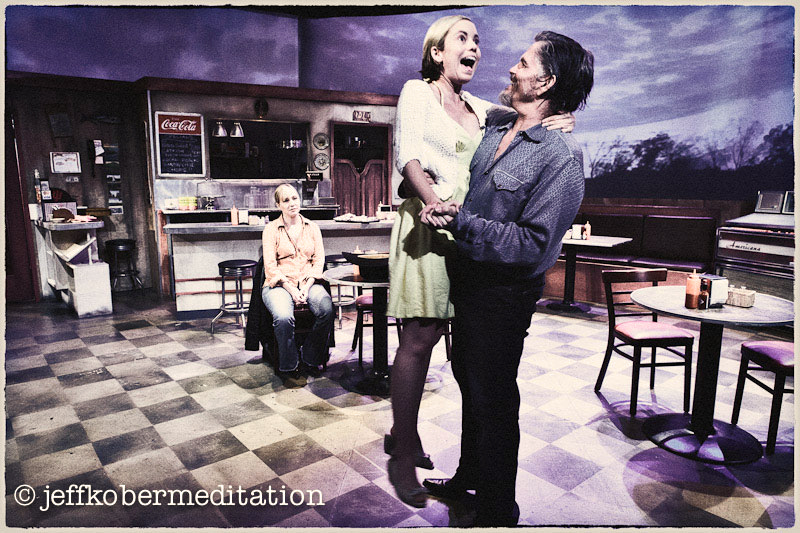